Look, I take pictures with people in them. 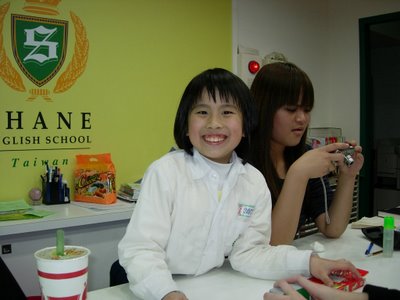 This is my new school, Stephanie, Jennifer's daughter, and Nicole, former TA aka part of the family.

Posted by lovelesscynic at 4:47 PM No comments: 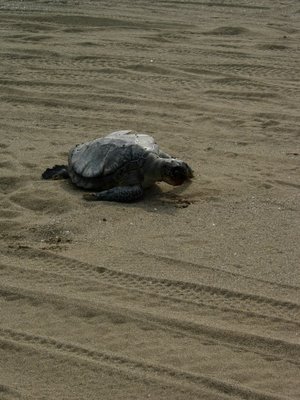 Posted by lovelesscynic at 4:35 PM 2 comments:

So my friend Heather and I went out for dinner. As we came around the corner, I spotted this pop star, Nicolas Zhang Dongliang with about 50 million people following him with cellphones and cameras trying to take his picture. We got a glimpse of him just by being in the right place at the right time. I recognized him from all his music videos on MTV.
Posted by lovelesscynic at 5:31 PM 1 comment:

Some rock formations we never got to 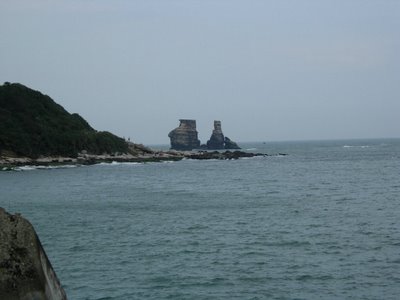 Posted by lovelesscynic at 3:54 PM No comments: 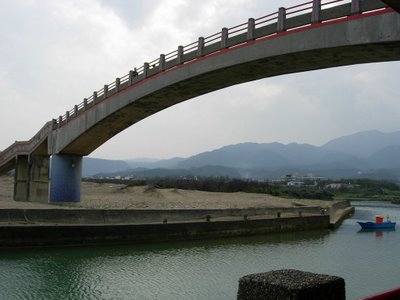 Posted by lovelesscynic at 3:52 PM No comments:

So this week as part of my training I have been observing classes. One of the teachers I observed used me as his TA. And in both of his classes, weird stuff happened. For example, in his kindergarten, the only boy would keep calling me over to look at his pictures. In his second class, the mischeveous boy in the class kept staring at me after I told him to sit down and stop speaking Chinese and after the class followed me back to the teachers' room and as I was leaving, tapped me under the chin and then ran away.

Since when did I become the "problem boy" magnet?
Posted by lovelesscynic at 2:09 PM 1 comment:

Also this beach had more lightbulbs than a self respecting Home Depot. 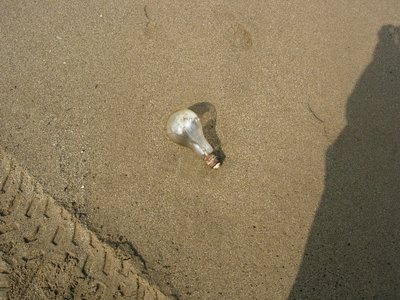 Posted by lovelesscynic at 2:03 PM No comments: 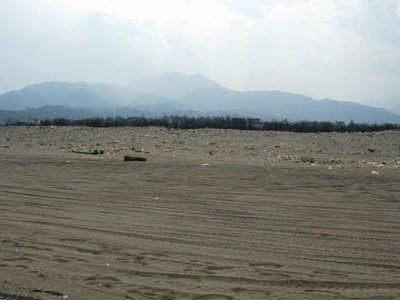 and please don't overlook all the litter on the beach.

Posted by lovelesscynic at 1:59 PM No comments:

A Plague of Pufferfish

On my trip to Jinshan, we found this beach to walk along. It wasn't particularly picturesque however it had some of the most awesome stuff washed up on the beach, such as about 50 dead pufferfish. 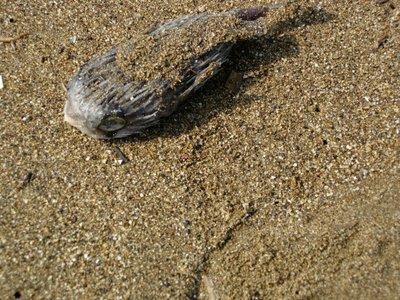 Posted by lovelesscynic at 1:55 PM No comments:

I won't say much about my new job. But I've been in training and I can feel the creepy fingers of neo-imperialism hovering around my soul. It makes me feel vaguely dirty.
Posted by lovelesscynic at 7:37 AM 1 comment:

I am in the middle of a boring training for my new job. I know nothing but hate.
Posted by lovelesscynic at 7:23 AM 1 comment:

Food from our trip to Jinshan 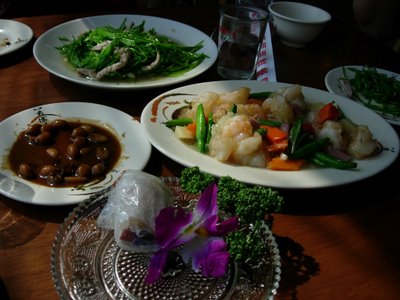 Posted by lovelesscynic at 6:13 PM 2 comments:

There is something I've noticed in my move from Kejian to Shane, which is that there is a different sort of parent that sends their kid to Shane. I hesitate to say that this is due to class, but sometimes I think it is. Furthermore, there are a couple schools that Kejian Chinese teachers talk about in a certain way. Both of them are private schools, and both of them are pretty good private schools. One of them is a K-12 Catholic School called Sacred Heart and the other one is a junior high school Erxin.

Because Sacred Heart employs a lot of foreigners their students tend to speak English better than other kids that don't have access to foreigners as often. However, I think there is a certain amount of resentment because they will employ Polish people who don't speak English fluently but "look" the part. Also because they spend a lot of time around foreigners some teachers feel that Sacred Heart students are arrogant or disrespectful towards their teachers.

Erxin is seen as a prep school. Parents send their kids there because they want them to go to a really good university. So at least the people that I talked to feel that they don't teach their kids anything except how to take tests. Also, some people also feel that it makes some of the kids really proud.

Several times talking about one of these schools has ended with the comment, "These parents are really rich." which suggests, to me anyway, a kind of envy or at least antagonism between teachers and the rich parents of these students. Just some thoughts anyway.
Posted by lovelesscynic at 6:11 PM 1 comment: 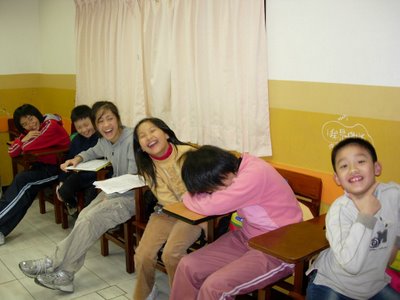 I don't put pictures of my children on the internet, but this is one picture of my second favorite class of all time (see below). If you want to see more pictures of my students, and I know you, you can e-mail me.

The boy in the front is Lee.

Last night, I said goodbye to my second favorite class of all time. My feelings about them are somewhat different, because I've been with them from the very beginning. A lot of those kids came in later but a few of them I taught before they knew any English at all. Despite the fact that they still don't speak very much English, we generally have a good time. I was very sorry to see them go.
Posted by lovelesscynic at 3:56 PM No comments:

I miss shooting in black and white. 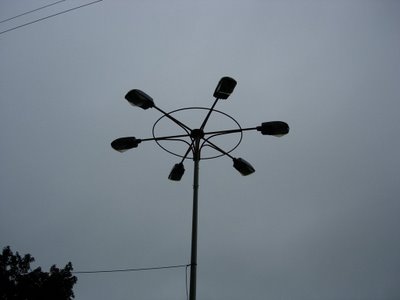 Posted by lovelesscynic at 3:52 PM No comments: 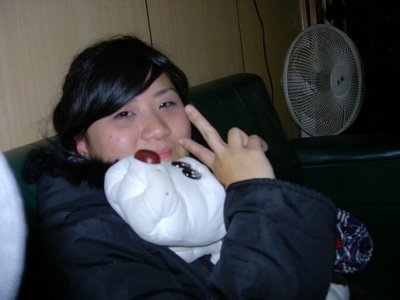 Posted by lovelesscynic at 3:50 PM No comments:

So one of the other foreign teachers was talking about a stationary store that we all go to and the fact that they gave her a VIP card for spending $300. At this, one of the Chinese teachers got really mad because apparently she had been to the same store and had spent $600 and they hadn't given her anything. Then she looked at me and said, "It's the same for you because you're yellow." Which is probably fairly true, but it was still a little weird. However, I still haven't figured out what some Chinese people completely lose their heads when they see white people and act like rubes. Actually, it makes me kind of mad. Like, "Don't you know, you're playing into a stereotype? Stop doing that!" Sort of like my elderly relations make racist jokes, it's a similar feeling of resigned embarrassment.
Posted by lovelesscynic at 6:14 AM 3 comments:

I've been kind of homesick recently. So in order to remind myself of home, I watched Better Luck Tomorrow. The parts of America that I miss really aren't represented in movies or tv shows or anything like that. But in watching it, I was reminded of how much I really love that movie.

Of all the people that I know, I think I like it the most. And after seeing it so many times I can definitely see the flaws. Some of the scenes don't really work and the chronology and continuity are both a little problematic. Why do some scenes seem to be several months later and the next day simultaneously? Also, the filmmakers clearly haven't been to high school in a very long time because they have the characters do that science experiment where you prick your finger to test and determine your blood type. (When I was in high school we couldn't do it for fear of AIDS).

At the same time, there are a lot of things I really like about the movie. The camera work and the color are both pretty cool, and some of the scenes just work really well.

In other news, I will soon be almost completely at my new school and I just had a really good class with my junior high class there. Now if only I can come up with just as many good ideas next week.
Posted by lovelesscynic at 7:52 AM 2 comments:

I guess I must be kind of homesick. But I don't seem to miss the things other people miss. I miss being able to swear all the time. For some reason, I really want to listen to Deathcab for Cutie, even though I don't really like them that much and I never have. Also, I want to watch Better Luck Tomorrow 5 times.

In other news, I went with Heather and Romilly, the new Kojen teacher, aka my replacement, to a place called Jinshan. By some strange process of error, we ended up at this beach and walked around for a while, then caught the bus back. On the way there, we had to wait about 20 minutes because people were running a marathon. Pictures will follow at some other point when I download them from my computer.
Posted by lovelesscynic at 2:27 PM 1 comment:

So, I said goodbye to my K4 class, and for the last 5 minutes of class they acted like little assholes and made me incredibly glad that I will never see them again. I guess it did allow me to leave without many regrets.

Furthermore on Saturday, my A5 class was both incredibly rude and wouldn't do anything, so I won't be very sorry to see them go either.

One nice thing that happened was that one of my co-teachers asked me if I would still be around and said she would miss me.

Also, I accidentally started washing my pants with my cellphone in it, so now I have no cell phone. The End.
Posted by lovelesscynic at 6:06 AM No comments: