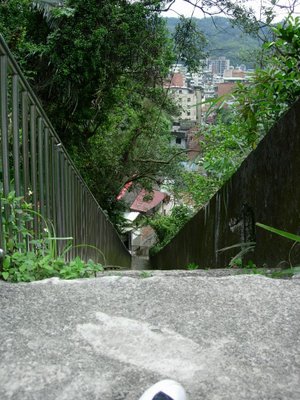 Posted by lovelesscynic at 6:58 AM No comments:

And suddenly I'm in Mexico 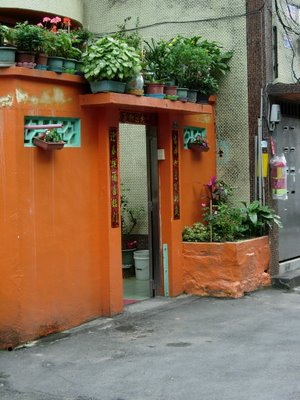 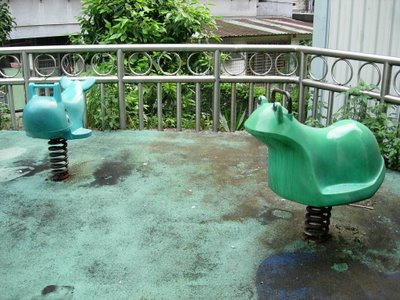 Posted by lovelesscynic at 6:48 AM 2 comments:

And a random picture from my new house 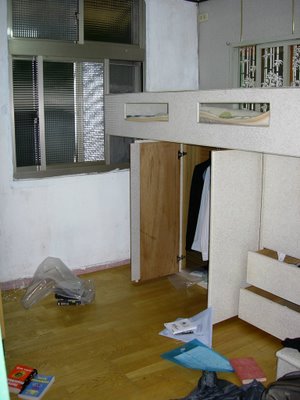 Posted by lovelesscynic at 5:34 PM 2 comments: 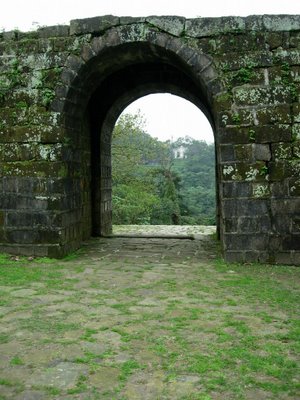 I went back up there with my friend Heather. And I took some pictures. The End. 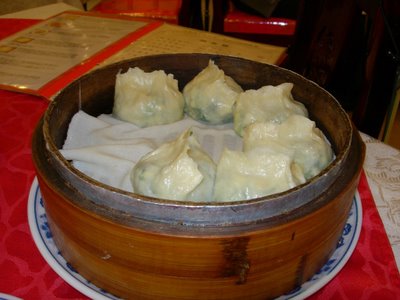 Posted by lovelesscynic at 5:29 PM 2 comments:

I now have the internet in my new apartment, perhaps later, I will even post some pictures of said apartment. I have also been very sick for the last couple days. This may or may not have something to do with the fact that I never sleep.

My other complaint is that apparently the place that I lived in before was an area well known for gangsters and prostitutes. My complaint would really be that when I moved there no one fucking told me this and it's only when I'm in the process of moving out that people state this as a well known fact.

I subbed for my fellow teacher this week. I kind of miss being that busy. These days I'm kind of bored.
Posted by lovelesscynic at 6:29 PM 1 comment: 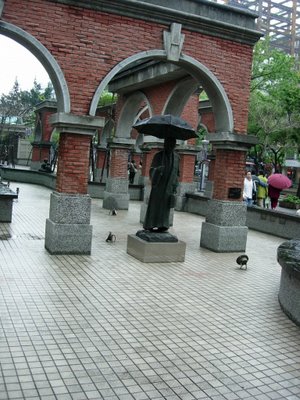 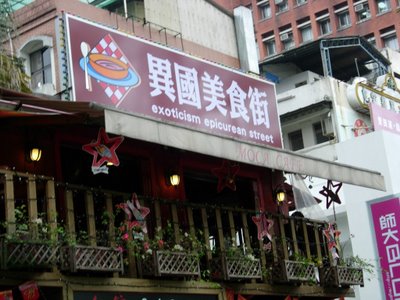 Oh imperialism, how I love thee!

Posted by lovelesscynic at 12:03 AM No comments:

I thought this post was kind of interesting. It contains a lot of links to other stories about how people use MySpace and Facebook accounts. I've often wondered why people post rather risque pictures of themselves on it. You're sort of leaving yourself open to blackmail, whether from siblings, relatives, or former friends.

Also, I'm in the process of moving house, so internet connection and therefore posts will become a lot spottier. Well, spottier than they already are. The good news is that I'll probably actually want to hang out in my house a lot more afterwards so posts might even become more frequent.
Posted by lovelesscynic at 11:00 PM No comments:

I have apparently lost so much weight while in Taiwan that some of my pants no longer fit me, even with the belt. I cannot begin to express how much the prospect of shopping for new pants depresses me.

In happier news, it's official. I'm moving to a new apartment. I might even take pictures of this one.
Posted by lovelesscynic at 8:22 AM 3 comments:

For the Chinese speakers all two of you

So one of my students rather than writing a 50 word composition about a bad day instead put it through an online translator. Here are a couple of my favorite gems
Early morning studies by oneself 早上自習
to forget the belt! 忘記帶

Also I've been having a long term discussion with Nien about whether or not the Chinese language allows for sarcasm. Anyway, my new class clowns are two 8th grade boys called Ken and Jerry. Ken's speaking is a bit better, and he has a real gift for idiom. However, Jerry is just as smart. His speaking is not as good as his writing, but he works a lot harder and is much more careful.

One time Ken was trying to tell me something. But he couldn't think of how to say it. 然後他跟Jerry說: "什麽什麽英文怎麽講？”Jerry 回答“不知道。教我。” At that point, Ken hit Jerry.

Some of the greatest hits of Ken and Jerry also include the time that Jerry came to class and kept saying "Shift!" when he meant something else.

The day when I was teaching the phrase "I see." which I explained by saying, "When you say, I know, you mean, I see." at which point Jerry said, "Oh, I know."
Posted by lovelesscynic at 8:23 AM 2 comments:

Stuff I think is kind of cool, aka excessive linking

http://www.indiansareasian.com/
Apparently this guy wants to demonstrate to everyone that Indians are Asian. It's a pretty funny website, and on it he says something pretty funny.

The only difference between Indians and Far East Asians are the eyes. Okay and maybe hair too. But are eyes and hair growth enough reason to disclude a billion people from Asia? Are the roundness of Indians eyes and our ability to grow facial hair enough to build up walls between us? It's what's inside that counts. Being Asian isn't about non-rounded eyes or unusual hair growth (men and women), it's about the food you eat, the math you're good at, having 300+ friends on Friendster, and acting like thugs in the suburbs. That's being an Asian American.

On a completely different, aka random, note- I've been listening to this band called Voxtrot a lot recently thanks to the music recommendations on this website.
Posted by lovelesscynic at 5:15 PM 2 comments:

I like when some random person calls me up and I tell them that they called the wrong number, they insist that they haven't. At this point, I just start speaking English to them and they give up and go away.
Posted by lovelesscynic at 5:04 PM 1 comment:

I asked my junior high students to write about a bad day that they had. I thought some of the responses were pretty interesting, and sometimes funny although I didn't say so in case they were true.
Didn't listen to their teacher and got punished 1
Sick 2
Forgot/Didn't do their homework 5
Went to school on a Sunday 1
Lost a video game 1
Met an angry dog 1
Broke their hand 1
Went to school 1
Took the K7 final 1
Locked themselves out of the house 1
Posted by lovelesscynic at 6:24 PM 3 comments:

Sometimes I just get lazy

I had a request recently to talk more about my daily life. To be honest, my daily life is not very exciting. Every day I wake up around 6 or 7 and either go to Chinese class, or study or look on the Internet for a while and then go and eat breakfast/lunch. After that I go to my school and prepare my classes.

Right now I have a lot of time on my hands. I have one little kid class which is really basic. I just taught the ABCs and how to write them. It's harder than it sounds because I have to teach phonics and phonetic values too. Some of them are pretty young and don't really focus that well. I have one kid who I call Prince Draco because when he doesn't get his way he sulks and won't do anything. I have a 5th grader who just joined the class. He's a nice kid but has this sort of resigned look of, "Well, I don't like this, but I have to do it." I have an adult class that's pretty low level, they're fun although they don't really like to do much work. I have a junior high class which is very quiet but they're nice kids. And I teach another large and rowdy junior high class at Kojen. All in all, I have a very low key schedule, plus a couple private classes. I need to start studying more Chinese too.

I've been in Taiwan for almost 9 months or so. That's kind of scary. It seems to have gone by so fast.
Posted by lovelesscynic at 8:06 AM No comments: