Spit frozen onto the sidewalk in clumps.
Posted by lovelesscynic at 7:54 AM 2 comments:

I've mentioned this film before, but I feel I have a bit more to say about it now. I got the Japanese version for Christmas. Which has an extra 30 minutes in it. I think Bright Future has become one of my favorite existential Asian movies ever. So I was pretty excited to see them. I would say that the extra thirty minutes do not really elicit any breakthroughs or new interpretations of the movie. However, they do serve to highlight far more clearly the central theme of the movie which is stasis or motion. Waiting or moving forward.

I really like aimless youth movies. The movie focuses around two people, Nimura and Arita. Like many people in their twenties, they're in dead end jobs but feeling the pressure to either shape up and develop a "normal" life or continue on in their boring dead end jobs. On the surface, Arita, the more inscrutable calmer one, is able to conform more on the surface. While Nimura is younger and far angrier. This isn't really an ordinary drama though. Neither character is an everyman type of character. Nimura has dreams of the future, and Arita is raising a deadly jellyfish.

The jellyfish is extremely important to the story. Although perhaps its meaning is something that I haven't grasped, even after seeing this movie three times. It represents the future, I seem to remember a critic saying. And it embodies the ambiguities and deadliness of the future. Although whether it promises hope and new beginnings or death is left ambiguous up until the end.

Another theme is the conflict between the old and the young. The future that young people envision is portrayed as being fundamentally toxic to the previous generation.

Anyway, I don't think that my thoughts as I've set out here are all that profound or well thought out, but they've been rattling around for some time now, so I feel I should at least set them down.
Posted by lovelesscynic at 10:05 PM No comments:

Who's a twinkie now!

I successfully made oyako donburi! Hooray! I rarely make Japanese food successfully. My next project might be niku donburi. Or possibly making my father his (overdue) Christmas present pie.

Yes, yes, Dad. I will remember to make you your pie.
Posted by lovelesscynic at 5:46 PM 1 comment:

I spent the morning washing cars for the Red Cross, because, uh, Martin Luther King was all about washing cars for the Red Cross. It was seriously an exercise in futility since as we were washing them off, the ice was refreezing on the cars. The inner monologue of the Loveless Cynic was basically "Fuck fuck fuck, fucking ice, cannot fucking feel my fucking hands, fuck!" Let it not be said that I do tiresome things with grace. Because I really don't.

Washing cars aside, I sometimes truly dislike Martin Luther King Day from the bottom of my shrivelled heart, because I have to listen to this pablum about how Martin Luther King was a wonderful person who loved everyone. And was an inspiration to all people and how we should love everybody.

This isn't really true. Martin Luther King was a rather conflicted troubled person who did some amazing things, with the help of other people. Some of how he comes across is due to the way his family has managed his image. And part of it is that liberals love us a black Jesus that we can put on a pedestal and not deal with as a real person. Especially when we don't have to talk about his radical and increasingly left wing tendencies. (I had a really good US history teacher in high school which is how I even am aware of as much as I am. Ms. Meyers, you were great.)

I don't think that his flaws or missteps detract from his accomplishments, rather they add to them. It's sort of more amazing that a flawed person could accomplish what he did than if he was some perfect saint, don't you think? Anyway, he asked some hard questions in his life, rather than just the color of skin rather content of character. We should remember that too.
Posted by lovelesscynic at 5:26 PM 1 comment:

I don't know what to say

At one point, someone in our AmeriCorps group turned to me and said, "Wow, our group is so white! You and Amy are the only two non-white people." My inner thought, was the same as what Amy said when I mentioned it to her later, "I knew that the second I walked in here."

There are a lot of things about this set up that I really don't like. For example, our diversity training was a training on how to be a white ally, and overcoming white privilege.

I mean I appreciate the effort to address things, which is way better than the College Which Must Not Be Named ever did. Still, you know, way to marginalize the people of color, dudes.
Posted by lovelesscynic at 7:41 PM 2 comments:

Yes yes, I know everyone is talking/writing about the primaries. Still. I always liked Richardson for it, since y'know, he's got experience. Which y'know might be kind of important. But then this is America, we value style over substance.

As for the whole Obama thing, well, I can't say that I'm not happy. I always wanted to like him, and I'm glad he's successful, but... Between him and Clinton, I honestly didn't really care. I don't think I'm registered as a Democrat so I can't even vote in the primary, but I'm not sure which one I like better. Clinton is more of a creature of the Beltway perhaps. But probably both of them would do fine as president, and by fine, I mean better than the current one. I guess I liked Obama more since he's from a bit less of a privileged background, and it's nice to see someone rise above that.

But honestly, I don't care. It's probably better to ignore anything that a candidate does or says as soon as they start even considering running for president. Looking at their record before hand will probably tell you a lot more about how they'll do once they're in office.

It will be better when this whole circus is over. Let's hope it's not Huckabee.
Posted by lovelesscynic at 5:52 PM No comments:

Whenever I see Fred Thompson on Law and Order I want to throw something at the television. Not only because he's Fred Thompson, but because he reminds me of a particularly heinous boss I had. One, whom some readers of this blog who know me in real life will remember would some times say "Mah partner..." Never fails to send a shiver down my spine. 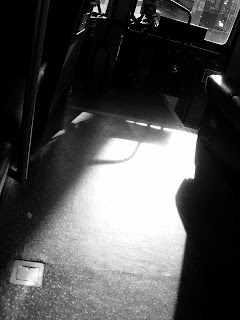 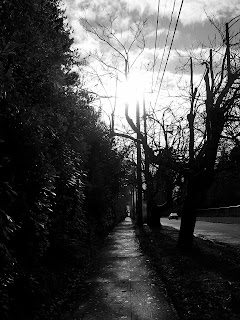 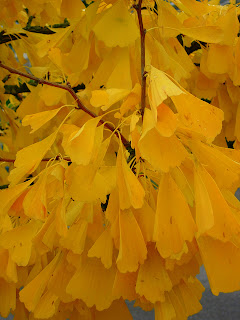 Posted by lovelesscynic at 10:51 PM 2 comments:

I had a diversity training with my AmeriCorps group today. Honestly, I really dread diversity training these days. Particularly since my group was composed of 22 white people, and me and an African American girl. Also the training was titled "White Privilege" which I don't really feel I need to know that much more about. Particularly since it doesn't apply to me. Mostly I dread diversity trainings because they're either really great, or they make me want to kill people. It's a topic I really care about, and it bothers me when someone doesn't get it right.

Anyway, we did this exercise called "Playing Field" it's one of those take a step forward, take a step back etc. etc. So naturally, almost everyone is up in the front. And guess who ended up almost into the closet at the back of the room? Yours truly, the African American girl, and the queer, nontraditional college student.

I've done this particular activity before, but usually in a more diverse group. This time, it was kind of a downer. Like being picked last for the baseball team kind of.

On the up side though, it was kind of a bit of a bonding moment for the three of us. I suspect class plays a bit more into it here rather than race. But I would guess that all three of our parents including mine, are a lot less wealthy than the rest of the participants' parents were. Given how I act, I have a feeling the other two didn't really know that. But as one of them said, it made a lot of sense in some ways. I always sensed I had more in common with the two of them than the others.

So the moral of the story is that my oppression-dar is working well?
To work on Saturday!
Posted by lovelesscynic at 9:34 PM 1 comment: